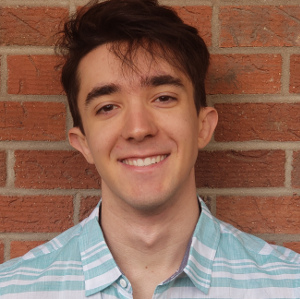 Hey, my name is Peter. I am a first year master’s student studying Aerospace Engineering with a focus on autonomous systems at the University of Colorado Boulder. I spent my undergraduate years here at CU Boulder as well, receiving a degree in Aerospace Engineering with a double minor in Mathematics and Physics. Throughout my undergraduate career, I became more and more intrigued by problems in computer science. I found a hidden passion for solving complex engineering and computer science problems by designing efficient and modular algorithms. Halfway through my junior year, I joined the ARIA systems research group. Within the first month or two, I realized that I had found a field of study that combined all of my technical and career interests. After working on a few simple projects and implementations, I decided that I wanted to shift the direction of my graduate studies to autonomous systems.

Throughout my time with ARIA I have been involved in multiple projects and collaborations such as generating discrete model abstractions, designing a low level action-execution architecture for robotic manipulators in ROS, creating an efficient formal synthesis toolbox in C++, as well as my personal research.

I am part of a five-person group project named COLDTech (funded by NASA) that is aimed towards extending safe, autonomous capability to a remote space lander with low-bandwidth, high-latency communication to Earth. My contributions to this project include theoretical development of the on-board task-planner. My current research is focused on synthesizing a high-level plan that efficiently satisfies a set of task preferences while respecting a user-defined priority for each task. This would allow a group of scientists on Earth to uplink only a prioritized set of tasks to the lander, after which the lander is autonomously responsible for synthesizing a high-level plan. The plan must allow the lander to efficiently satisfy all of the tasks while aiming to complete higher priority tasks before lower priority tasks.

This research would extend the capabilities of robots and other autonomous systems under scenarios where multiple tasks are given.

Check out a few videos of my implementation work with robitic manipulators: